skip to main | skip to sidebar

Have you forgotten all the cute kids you saw? Good.

"I should probably update my blog now," she said with a laugh. Sorry guys. I say all kinds of hilarious things in real life, and I'm afraid I've saved nothing for my blog. Your loss, cowboy.
The flip side is, when I'm not being hilarious, I'm being a terrible person, and a pain in the butt, and hard to be around. Every now and then, I buy you pizza or make you sandwiches or tell you how much I adore you. But it's not often. I'm sorry for that. When I start feeling better, I will buy you two pizzas. And compliment your hair like I keep meaning to.
Here. Pictures of Harrison dressed as a bat. 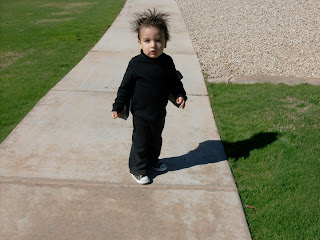 The joke of the night was that he went as a Safety Hazard. Because he's wearing all black, and they tell you not to do that. I didn't say it was a Funny Joke of the Night. 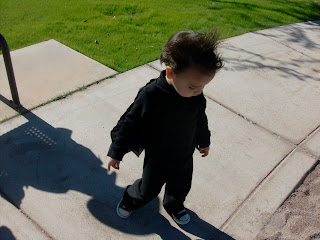 I thought about doing a series of pictures while I had him in his costume. Harrison holding baseball. Baseball Bat. HAHAHA. Harrison in a banana costume over his bat costume (Fruit Bat...). Harrison wearing dark sunglasses and holding a white cane (hey, if everyone's favorite Mormon can dress her kid as a mummy for Halloween, I can do the blind joke. IT'S OKAY TO BE HILARIOUS!) 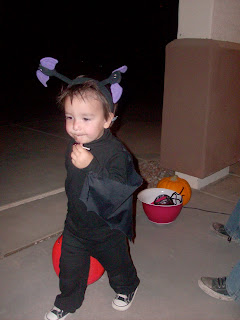 I didn't do any of these things? Why? Because I was too busy saying hilarious things about how crappy I feel.
But I'm feeling generous now, so here's something Topical. Imagine that I sprinkled him with glitter and taught him how to be a controlling egomaniac who can break a headboard. 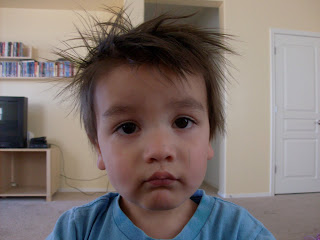 And this one is upside down. Because bats. They hang upsi.... Yeah never mind. This idea sucked. (bats.....) 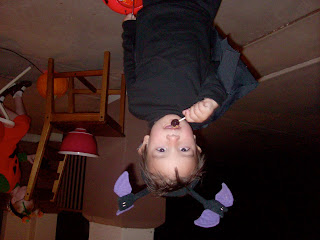 Oh, and here's a pumpkin. Or a traffic cone, depending on whether she's coming or going. I will NOT be auditioning for season seven of Project Runway, in case that thought crossed your mind. 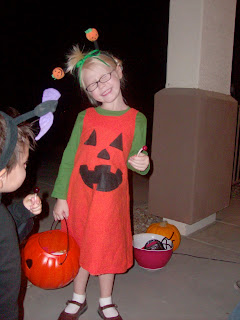 I don't have funny jokes about Pumpkins. All my efforts to be clever have been squashed. 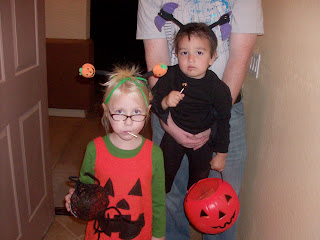 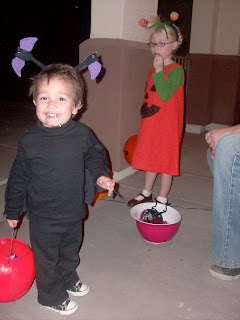 Actually, how about DON'T imagine my kid breaking a headboard. Sometimes I am not a thinker.

very adorable bat and pumpkin. Love the suckers in the mouth it makes me feel like you either gave them to them to keep them quiet or perhaps so that they would let you take photo after photo.

Next year you paint on a six pack to H's stomach and I will cover B in glitter. BAM! Greatest toddler costumes ever!!

the 'yay' is silent

Mom to two of the most adorable kids named after Beatles, wife to a frustratingly-talented musician stuck in a suit and tie, sister to the biggest bunch of head cases you'll never meet, daughter to a genius and a saint, and friend to all.  Legally blind, Certifiably bipolar, and Undeniably oversharing, the only question left to ask is, Why wouldn't you be reading this?

I Also Made My Presence Known Here

I Spend Way Too Much Time On The Internet